SHORT MEMOIR OF A PLANE CRASH

Posted on December 2, 2012 by bettykuffel 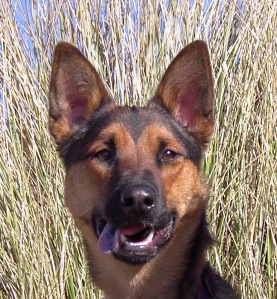 Valkyrie-2 months before the crash

We adopted this very special German Shepherd/Chow mix from the Human Society as a puppy.

A bright loving dog with a stubborn streak, her unique personality saved her life.

You see, in 2004, at the age of one, she was with us when we crashed our experimental airplane into a steep snowy slope in the mountains of Idaho. Valkyrie was uninjured when we impacted semi-inverted after striking tall evergreens and ripping off both wings. She stayed with us during the six hours it took a team of rescuers from Salmon Idaho area, about 50 miles south, to find us with the help of directional radios homing in on our emergency locator transmitter ELT.

Tom sustained multiple fractures and remained trapped in the wreckage. With open fractures of my lower leg, I was able slide out of the plane via the broken windshield. My years of working as an ER physician helped. After realigning bones protruding through my favorite jeans, I applied a strange but effective splint by wrapping my headset over the bottom of my foot and around my ankle, then tying the cord around my leg holding it in position.

Lying on the snow and exposed to the elements, hypothermia became a real concern. Covered with flight maps to protect me from the wind and falling snow, I quit shaking enough to try my Verizon cell phone. After many tries on a fleeting single bar, I actually connected with 9-1-1! I reported “plane crash, mountain pass south of Missoula, two survivors and a dog” —before losing contact.

Valkyrie stayed with us as Tom and I waited for help. Believing we would die in the few seconds we had before impact, we were surprised to find neither of us lost consciousness nor sustained spinal or head injuries. Our strong composite constructed airplane saved us from more serious injuries. We both believed rescuers would find us because two other pilots in planes flying with us would have known the general crash area. But after flying search and rescue in Alaska, we knew how difficult crash sites were to find, especially a white plane on white snow in tall trees.

Hours later, we heard ambulance sirens on Highway 93 less than half a mile away from the crash site. Rescuers said they spotted Valkyrie and followed the young dog to us. After cutting Tom from the wreckage and packaging each of us on long boards, they lifted us up to a logging road using the assistance of a chainsaw hoist. Transported on sleds pulled by snow machines, ambulances then carried us to rendezvous with a medical helicopter and on to hospital care.

In the chaos of snow machine motors and sirens, the frightened little dog pulled away from a rescuer. Valkyrie disappeared into the dark woods and steep terrain of mountain lion country.

Injured, both in surgery and later, with Tom in ICU, neither of us was able to search for our beloved Valkyrie. We feared the worst. Our dear friend Barb Palmer mounted a search for her with the help of the Missoulian newspaper’s front page story of the lost dog. Rescuers from a 150 mile radius and farther, many from our home town about 300 miles north, set out to find Valkyrie. Even our rescuers from Salmon Idaho looked for her including Tony Latham of Idaho Fish and Wildlife. With his dog, he looked for Val in the mountains for days.

Searchers from the Human Society in nearby Hamilton, MT, looked every day. Someone came to the hospital and recorded my voice and Tom’s calling to Val, “Here Valkyrie. Here Girl. Come here. Let’s go for a ride…” Copies of the tape were made and distributed. Driving logging roads in the area, the searchers played the tape calling to her on their car radios at high volume. Convenience stores in the area sold out of Val’s favorite treat, Vienna Sausages.  As searchers would pass on the logging roads they would salute each other by waving their sausage cans.

After ten days in the snowy mountains, young Valkyrie was found by volunteers from the Hamilton Humane Society. A searche 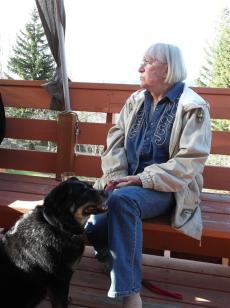 r’s dog with a tennis ball unexpectedly lured her from the trees. When Val heard our voices on the tape, she ran to the parked car with its doors standing open. Valkyrie was too weak to get in. Vara McGarrell and her friends saved Valkyrie’s life. They lifted her inside and closed the doors! Val howled mournfully as she tried to look under the dash and see from where our voices emanated.

Valkyrie survived ten days in the snowy mountains. She had lost 20% of her body weight, weighing less than 40 pounds when found. Since that time, she cries out in a mixed range of joy and a mournful howl whenever she sees Barb or Vara. She knows they are her saviors along with Vara’s dog Tigger, the bait dog with the tennis ball. 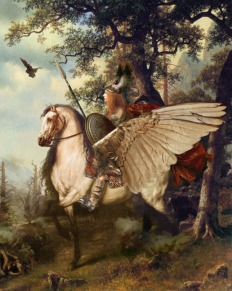 lkyrie is “chooser of the slain” and is a female winged figure which carries those who die in battle to Valhalla, the afterlife hall of the slain. Valkyries in many forms, appear in writings from the 13th century on. They are depicted as lovers of heroes, sometimes connected to horses and ravens.

We see our Valkyrie as a Germanic goddess of flight and love. She still flies with us but is afraid of wind after her long stay alone in the mountains of Idaho.

Each year we celebrate with our Crash Survival Party. The party is attended by many friends, neighbors, flying and writing friends, and family. Barb, and Vara with her dog Tigger, join us too. Valkyrie always greets them with her wail of joy.

Valkyrie had a great time at her tenth birthday party with four of her dog friends from Whitefish: Baby Girl, Pepper, Shasta and Kiska. She gave them new neck scarves, large dog bones and birthday cake. She even shared her favorite treat, Meow Mix. 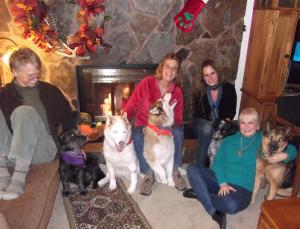 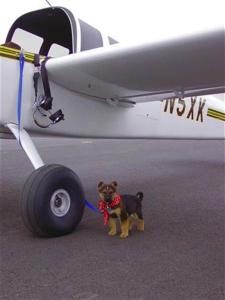 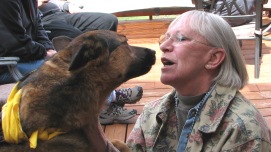 Author and retired medical doctor with broad interests in writing, flying, photography and outdoor life. She has Indie published 7 books, fiction & non-fiction, all available on Amazon. Writing projects include: multiple books of fiction: a medical thriller series, a psychological thriller set in 1960 co-authored with her sister Bev, and others in process. Dr. Kuffel lives in MT with husband Tom, two dogs and neighborhood deer.
View all posts by bettykuffel →
This entry was posted in Appendices for Download and tagged Plane crash survivor, Valkyrie the lucky dog. Bookmark the permalink.
Loading Comments...
%d bloggers like this: